Amazon Opted You In, Now You Need to Opt Out 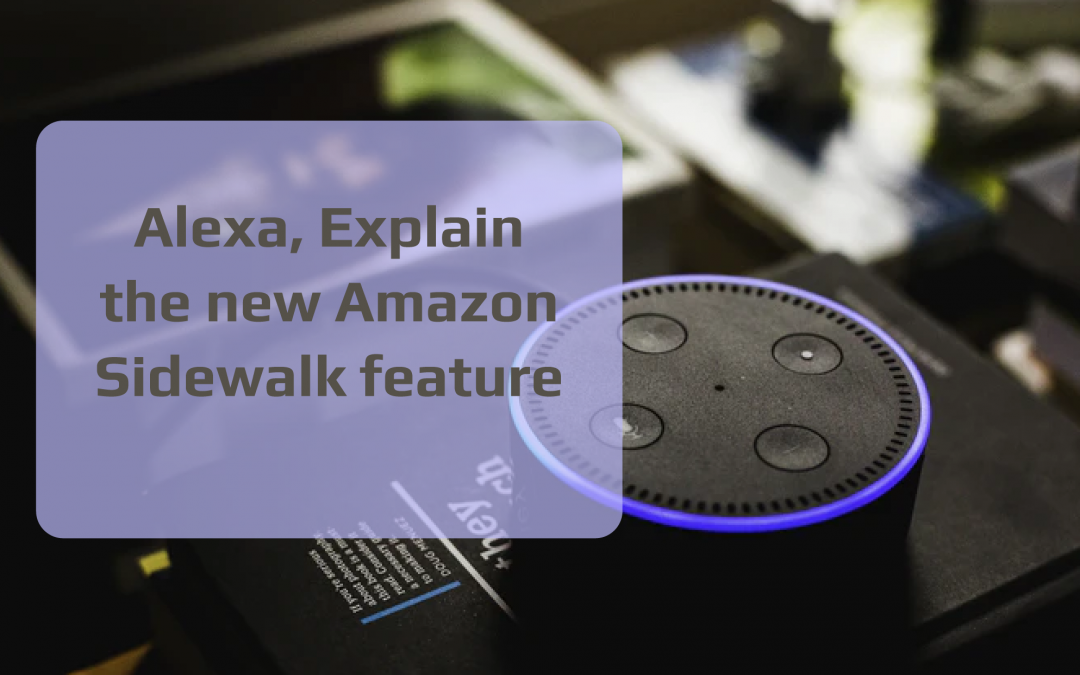 A new wireless network called Sidewalk shares a slice of your home Internet with your neighbors’ Amazon devices. Unless you want your neighbors on your network, we suggest you opt out of this feature since you were already [unknowingly] opted in.

Sidewalk will use a low-bandwidth wireless network that can stretch half a mile and reach places and things that were once too hard or too expensive to connect. Amazon claims the goal is to make it easier to set up smart-home devices in places your Wi-Fi doesn’t reach. But by participating, you also have no control over what data you’re helping to transmit. Sidewalk could power more surveillance, more trackers, and who knows what else Amazon has in store.

This new wireless network is entirely controlled by Amazon but paid for by us, the consumer. Sidewalk authorizes your Echo and Ring doorbell to share a portion of your home’s Internet bandwidth up to 500 megabytes per month. This traffic could count toward your Internet service provider’s data cap if you have one. The bill will be paid by you, not Amazon.

Amazon says it built Sidewalk with three layers of encryption, so that nobody can view the raw data passing through it, including Amazon and the people who are sharing their Internet. There’s no current evidence hackers or independent researchers have found problems with Sidewalk but that could change in the blink of an eye.

The biggest question you should be asking is why didn’t Amazon ask us to opt in before activating this new feature?

Here’s how to turn off this feature:

You’ll only see the option if you’ve already got a Sidewalk-eligible device installed and associated with your account. This includes the third generation and newer Echo and Echo Dot, the second-generation and newer Echo Show and the Ring Floodlight Cam and Spotlight Cam. Additionally, if you turn off Sidewalk on one kind of device, it should cover you for all of them.

Additionally, we suggest taking the extra step to protect your home Wi-Fi by doing the following:

Taking these steps as a precaution is also important for organizations with employees who continue to work from home. With this new wireless network feature, there could be new potential breach points leaving your organization vulnerable to cyber threats.